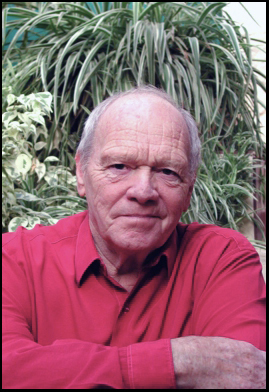 No Official Umbrella - An Autobiography

Glyn Jones was born in Durban and after university and drama school he toured South Africa with the National Theatre Company before hitch-hiking and working his passage to London. On arriving in England, he took a job with The Sunday Times, then Kemsley Newspapers, and started writing plays in his spare time. His first acting engagement was in a summer season of weekly rep at the old Tivoli Theatre, New Brighton, extra work on television and a second summer season, this time on the Isle of Wight. Out of work periods saw him working in pubs, at Joe Lyons' Cadby Hall, for a small time publisher and cleaning people's houses. All the time he continued to write and has had ten plays produced, the first in England being OH BROTHER! in Ipswich. Others include, in London, EARLY ONE MORNING at the Arts Theatre, CHAMPAGNE CHARLIE, based on the life of the great Music Hall star, George Leybourne, at the Mayfair Theatre (Also on tour), and THE 88 at the Old Vic. THRILLER OF THE YEAR continuously plays in Germany. Two plays, GENERATIONS and RED IN THE MORNING have been produced in the United States and three plays have been published by Samuel French.

He wrote the screenplay for the Columbia Film A KING'S STORY on the life of the Duke of Windsor, and was script editor and chief writer for 20th Century Fox's most successful children's series, THE DOUBLE DECKERS. He has also written films for the Children's Film Foundation, two of which were award winners, and for BBC TV's DOCTOR WHO. Also published, DR WHO AND THE SPACE MUSEUM, (W.H.Allen / Virgin), THE DOUBLE DECKERS (Pan), a volume of children's poetry HILDEGARDE H AND HER FRIENDS (Abydos Publishing).

As an actor, in London he appeared in REUNION IN VIENNA at The Piccadilly, THE GREAT SOCIETY, SOMETHING BURNING, TREASURE ISLAND, all at the Mermaid, STREAMERS at The Roundhouse, A COAT OF VARNISH and CAPTAIN BRASSBOUND'S CONVERSION at The Haymarket, MEASURE FOR MEASURE at The Open Space, TSAFENDAS at The Almost Free. He has also played leading roles in many provincial theatres, on tours and on the continent. His television appearances have been numerous and he has also worked in film and on radio.

He has directed plays on the London Fringe, and at RADA, Buxton, Chesterfield, Worthing, Derby, and spent two long spells in America teaching and directing at James Madison University in Virginia and at Furman University in South Carolina. He made his American debut, (as an actor), playing Dodge in Sam Shepard's BURIED CHILD, Argon in Moliere's THE IMAGINARY INVALID and Eddie Carbone in A VIEW FROM THE BRIDGE. He also acted in Dinner Theatre at JMU (THE FANTASTICKS and Neil Simon's FOOLS) and acted and directed at the Wayside Theatre near Washington, playing Elliot in PRIVATE LIVES and Pseudolus in A FUNNY THING HAPPENED ON THE WAY TO THE FORUM and directing TRIBUTE and THE INNOCENTS.

Available to order from